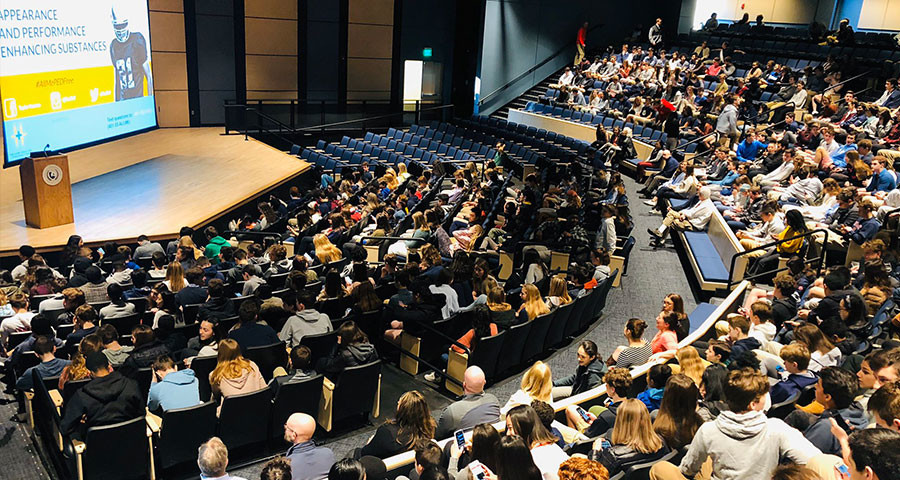 The Taylor Hooton Foundation (THF) was formed in 2004 in memory of Taylor E. Hooton, a 17-year old high school student from Plano, TX. Taylor took his own life on July 15, 2003 as a result of using anabolic steroids.

Today, the THF is the leader in educating youth and adult influencers on the dangers of anabolic steroids, human growth hormone (HGH), dietary supplements, and other Appearance and Performance Enhancing Substances.

To enlighten the world to the truths about Appearance and Performance Enhancing Substances.

To eliminate the use of Appearance and Performance Enhancing Substances in American, Canadian and Latin American middle schools, high schools and universities.

When a record has an asterisk (*) next to it, it means there’s doubt that the athlete accomplished that feat on their own. More often than not, this is due to suspected use of Appearance and Performance Enhancing Substances. The Taylor Hooton Foundation’s + is a positive alternative.

The THF + stands for achievement, accountability and authenticity. When people wear the THF +, it tells the world that they put in the hard work themselves. It stands for the blood, sweat and tears that went into honing their craft. + is a proud reminder, not of what’s been achieved, but the integrity with which they got there.

This website stores cookies on your computer. These cookies are used to collect information about how you interact with our website and allow us to remember you. We use this information in order to improve and customize your browsing experience and for analytics and metrics about our visitors both on this website and other media. To find out more about the cookies we use, see our Privacy Policy. If you decline, your information won’t be tracked when you visit this website. A single cookie will be used in your browser to remember your preference not to be tracked.​
OkPrivacy policy