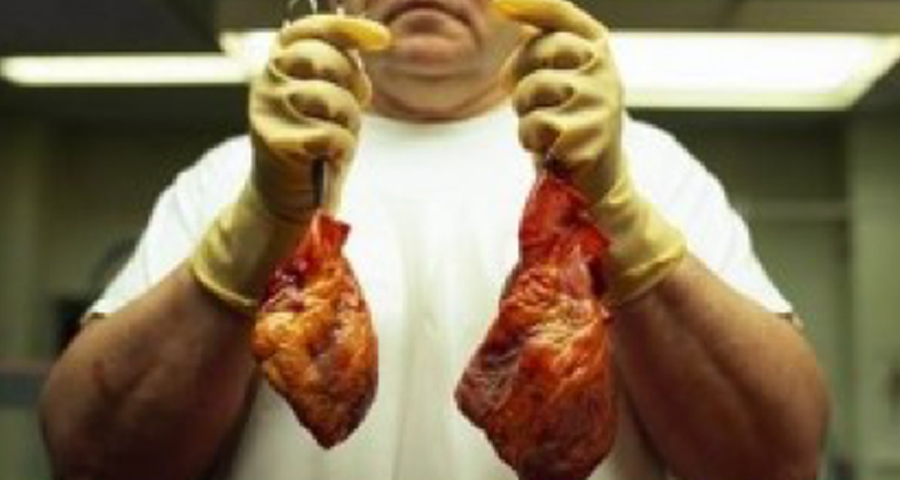 Steroids and the Heart

According to researchers, long-term use of anabolic steroids appears to weaken the heart, but it is not clear if this weakening is reversible. In an effort to better understand the impact of long-term anabolic steroid use on the heart, cardiologist and researcher Aaron L. Baggish, MD, of Harvard Medical School and Massachusetts General Hospital performed heart function testing on weightlifters – steroid users and non-users. (The study appears in the 4/2010 issue of the American Heart Association journal, Circulation: Heart Failure.)

12 weightlifters that took steroids
7 weightlifters that did not take drugs
Average age: 40
Average length of steroid use: 9 years
Duration of weightlifting, total physical activity level and weight: Groups were similar
Muscle mass: Steroid users had more than the non-users

A healthy left ventricle – the heart’s main pumping chamber – pumps 55% to 70% of the blood that fills the heart. This measurement is known as ejection fraction. When Doppler echocardiography ultrasound was used to examine blood flow through the heart, most of the steroid users showed evidence of weakness during contraction in the left ventricle.