Guests at the Gala were treated to “One Glamorous Night”.  Dinner was provided by Eddie Deen’s catering, with passed hors d’oeuvres compliments of Kent Rathbun Catering and special “Sweeteasy” treats provided by Cake Bites and Rush Patisserie.  Exciting silent and live auction packages and celebrity auctioneer Burton Gilliam were a hit with the crowd, the evening ended with a lively musical performance by local Dallas band, Motion. 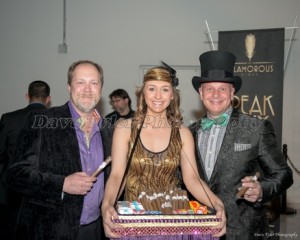 The All-Star Gala recognized Major League Baseball Commissioner Emeritus, Allan H. (Bud) Selig as the inaugural recipient of the Taylor Hooton Foundation’s Legacy Award, custom created by Tiffany & Co., which honors individuals who have made a significant contribution to the fight against anabolic steroid use.  During his acceptance speech, Commissioner Selig remarked “With the help of The Taylor Hooton Foundation, Major League Baseball today has the toughest and most comprehensive drug testing program in American sports.  To compare where baseball was 10 years ago and where it is now is like night and day.  We in baseball have worked so hard to rid the game of these illegal substances and continue to do so.  But baseball could not have made the progress it made without great help from outside the game including Don Hooton and The Taylor Hooton Foundation.” Host Chairs Pat and Cindy Fox said of the event “We are so pleased to be associated with such an important cause and the extraordinary people at THF.  We couldn’t have hoped for a better evening for our first Gala.” The Foundation’s founder and his wife Gwen expressed their deep appreciation for all the work of the volunteers and guests that made this event such as success.  “This is such an important cause, and we would not be able to reach out to the hundreds of thousands of kids that we talk to all over North America without the support of people like this.  We are so humbled by the overwhelming support shown by our friends and neighbors.”

A Hoot’s Chalk Talk Scholarship Fund ask was made at the event.  This helps fund bringing the interactive educational assembly to schools with financial need.  For more information about donating to the Scholarship Fund visit www.taylorhootonfoundation.org/donate.

For more information about The Taylor Hooton Foundation and its efforts, please visit www.taylorhooton.org.