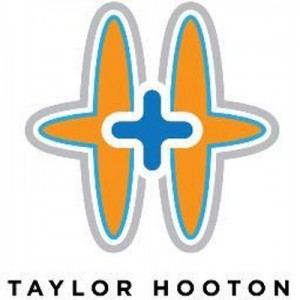 McKinney, TX (February 19, 2015) – First Choice Loan Services Inc., headquartered in East Brunswick, New Jersey, has become a national sponsor of the Taylor Hooton Foundation. The announcement of the three-year agreement was made today by THF Founder and President Don Hooton.

“I am very excited, and honored, for the Taylor Hooton Foundation to welcome such a community-minded company as First Choice Loan Services,” Hooton said, “and I know that First Choice is equally excited about the things we are doing to educate America’s youth about the dangers of appearance and performance-enhancing drugs. Its commitment to our efforts will have a significant impact on delivering our message.”

Said Norman Koenigsberg, President and Chief Executive Officer of First Choice Loan Services Inc.: “The Taylor Hooton Foundation is doing tremendous work in creating a generation that can succeed without the influence of appearance and performance enhancing drugs. Through its education programs, it is not only saving lives, it is also equipping the youth of today to be healthy, strong and wise leaders of tomorrow. Investing in the work of Taylor Hooton Foundation really helps build communities, which aligns with the mission and vision of First Choice.  We are proud of this relationship with the Foundation and glad to play a part.”

The Taylor Hooton Foundation has spoken to and educated more than 1-million people since 2005 and is widely acknowledged as the leader in the advocacy against appearance and performance enhancing drug use by the youth of America. It has a Latin American outreach and travels throughout the Caribbean, speaking to thousands of RBI (Reviving Baseball in Inner Cities) athletes, coaches and parents in partnership with Major League Baseball.

In 2014, the THF formed an “Advisory Board” of active Major Leaguers with 18 players coming onboard as “charter members” to serve as visible role models. Additional members will be announced throughout the 2015 season. The THF also introduced a new eLearning program in 2014 – narrated by Bob Costas – to Little League Baseball that is offered to its one-million adult coaches and other volunteers.