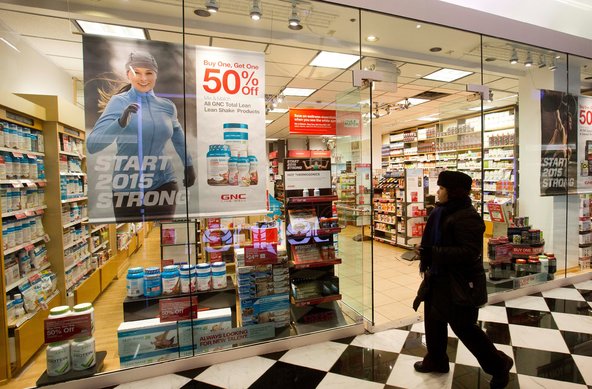 A large new study by the federal government found that injuries caused by dietary supplements lead to more than 20,000 emergency room visits a year, many involving young adults with cardiovascular problems after taking supplements marketed for weight loss and energy enhancement.

The study is the first to document the extent of severe injuries and hospitalizations tied to dietary supplements, a rapidly growing $32 billion a year industry that has attracted increased scrutiny in the past year and prompted calls for tougher regulation of herbal products.

Critics of the industry said that the findings provided further evidence that the relatively low level of regulation in the United States put many consumers at risk. But industry representatives said that the products were used by roughly half of all Americans and that the data showed only a tiny fraction sustained major injuries.

The new study was published Wednesday in The New England Journal of Medicine and led by health authorities at the Food and Drug Administration and the Centers for Disease Control and Prevention. The researchers tracked emergency room visits at a large network of hospitals around the country over a 10-year period and then analyzed those in which a dietary supplement was implicated.

Among the injuries cited were severe allergic reactions, heart trouble, nausea and vomiting, which were tied to a broad variety of supplements including herbal pills, amino acids, vitamins and minerals. Roughly 10 percent, or about 2,150 cases yearly, were serious enough to require hospitalization, the researchers found.

In comparison, prescription drugs are responsible for 30 times as many trips to the emergency room each year.

One finding was that emergency room visits caused by supplements occurred predominantly among young people, whereas those for pharmaceutical products occurred in large part among older adults, said Dr. Andrew Geller, a medical officer at the division of health care quality promotion at the C.D.C. and the lead author of the study. “The contrast is striking,” he said.

More than a quarter of the emergency room visits occurred among people ages 20 to 34, and half of these cases were caused by a supplement that was marketed for weight loss or energy enhancement, commonly producing symptoms like chest pain, heart palpitations and irregular heart rhythms.

These products typically contain a variety of herbs and extracts and are widely advertised online, in magazines and on television with names like Hydroxycut, Xenadrine, Raspberry Ketones and Black Jack Energy, the researchers said.

It was unclear how many, if any, of these cases are fatal because the study tracked hospital visits, not deaths. Weight loss supplements and energy boosters have been implicated in serious problems,including one outbreak in 2013 that sickened 97 people and caused at least one death and three liver transplants.

Medical experts say that these products can be particularly hazardous because they have potent effects on the body and arefrequently adulterated with toxic chemicals. The new study found that cardiovascular problems were even more commonly associated with weight loss and energy supplements than prescription stimulants like amphetamine and Adderall, which by law must carry warnings about their potential to cause cardiac side effects.

Dietary supplements marketed for weight loss and energy, however, do not have to carry such a label. Under a 1994 federal law that has been widely criticized by health authorities, supplements are considered safe until proved otherwise. Unlike prescription drugs, they do not have to be approved by the F.D.A. before they are sold to consumers, nor are they required to list major side effects.

“This is very disheartening,” said Dr. Pieter Cohen, an assistant professor at Harvard Medical School who was not involved in the new research. “What we’re seeing from this study is that the system has failed. It’s failing to protect consumers from very serious harms.”

The study also pointed to other flaws in the regulations. The F.D.A., for example, recommends limits on the physical size of prescription drugs, but no such regulations exist for supplements. The new study found that about a third of supplement-related emergency room visits for people 65 and older were caused by choking on pills like calcium and other vitamins and minerals. A large proportion also had allergic reactions.

But Duffy Mackay, a spokesman for the Council for Responsible Nutrition, a supplement industry trade group, said that if anything, the new research highlighted how relatively safe supplements are given how many people took them.

“We have over 150 million Americans taking these products each year,” he said. “This suggests that far less than one-tenth of 1 percent of supplement users will visit the emergency room.”

Mr. Mackay said that choking and other hazards highlighted by the study could be addressed by the F.D.A. “If they think that capsule sizes in the elderly are an issue, they could put out an advisory and the industry would respond,” he said. “The current law as it’s written has everything in it to make this change.”