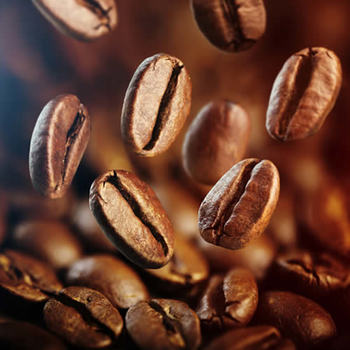 Caffeine is the most widely-used stimulant in the world. It’s found in coffee, tea, soda, energy drinks, and energy shots, as well as some sports gels, dietary supplements, over-the-counter medications, and combat ration items (pudding, gum, and mints). In moderate doses, caffeine can boost both physical and mental performance. As with other stimulants, though, too much caffeine can have negative consequences, so it’s important to be aware of how much caffeine you’re consuming, and use it appropriately and strategically. Dietary supplements sometimes have significant amounts of caffeine, which adds to your daily intake, so pay special attention to what’s on the labels.

How much caffeine is safe?

For healthy adults, including women who are not pregnant or lactating, up to 400 mg per day of caffeine is considered safe. Less than that isn’t likely to lead to serious side effects. However, sensitivity to caffeine differs from person to person. Side effects include headaches, dizziness, nervousness, restlessness, and trouble sleeping. More serious side effects can occur with higher doses. In fact, 150–200 mg/kg bodyweight—or about 10–14 grams for the average person—can be fatal. This amount might seem difficult to achieve, but pure and highly concentrated caffeine are readily available and sold as dietary supplements, which the Food and Drug Administration (FDA) warns against because it’s up to you as the consumer to accurately measure out a serving. And, according to FDA, one teaspoon of pure powdered caffeine contains as much caffeine as 28 cups of coffee.

If I use caffeine for performance, how much should I use?

Caffeine can help improve some, but not all, measures of cognitive performance, such as vigilance, attention, and alertness, during long activities such as patrolling at night or when you are sleep deprived. For physical performance, caffeine works better for endurance rather than for short-term, high-intensity, or strength activities.

The exact amount of caffeine that can help performance varies among indviduals, and some respond better than others. In general, up to 200 mg (about the amount of caffeine in 8–12 oz of brewed coffee) at any one time is appropriate. Consume caffeine about 30–60 minutes before a workout, training session, work shift, or mission for best results, as it takes about an hour to reach peak blood levels. That also means you might need another dose of caffeine after 3–4 hours to help you stay alert or active for a long period of time. However, add up all the sources of caffeine in your diet and do not exceed 600 mg of caffeine per day (800 mg for sustained operations) to minimize risk of side effects.

How can I tell if my supplement contains caffeine?

Other times the caffeine might be “hidden” in an ingredient. Sources of caffeine include:

What else should I know about caffeine?

While caffeine can improve how you perform, there are a few things you should keep in mind: