About five percent of middle and high school students have used anabolic steroids to put on muscle, according to a new study from Minnesota.

In addition to steroid use, more than one-third of boys and one-fifth of girls in the study said they had used protein powder or shakes to gain muscle mass, and between five and 10 percent used non-steroid muscle-enhancing substances, such as creatine. 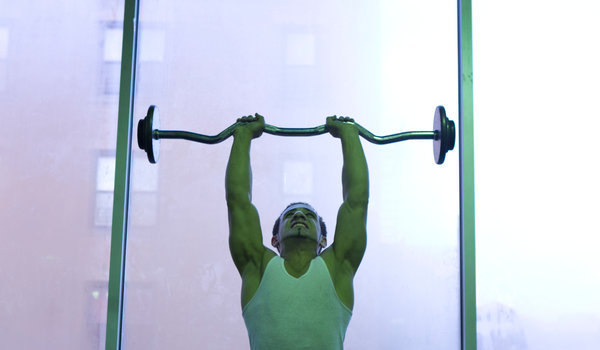 Researchers said a more muscular body ideal in the media may be one factor driving teens to do anything possible to get toned, as well as pressure to perform in sports.

“You get the influence of older teens in high school, so when you’re a 14-year-old that comes in, you have 17-year-olds who are the seniors, and they can have great influence as you progress into the next stage of your athletic career.”

The new data came from close to 2,800 kids and teens at 20 different middle and high schools in the Minneapolis/St. Paul area. During the 2009-2010 school year, those students completed a survey on food and weight-related behaviors, including activities tied to muscle gain.

The majority of kids surveyed were poor or middle-class.

Almost all of them had engaged in at least one muscle-building activity in the past year, most often working out more to get stronger. But up to one-third of kids and teens used what the researchers deemed to be unhealthy means to gain muscle mass, including taking steroids and other muscle-building substances or overdoing it on protein shakes, dieting and weight-lifting.

Student-athletes were more likely than their peers to use most methods of muscle-building. Steroid use, however, was equally common among athletes and non-athletes.

According to findings published Monday in the journal Pediatrics, Asian students were three to four times more likely to have used steroids in the past year than white students. Most Asians in the study were Hmong, lead researcher Marla Eisenberg from the University of Minnesota in Minneapolis and her colleagues noted.

Their study shows higher adolescent use of steroids and other muscle-boosting substances than most other recent research and “is cause for concern,” according to the researchers. But it’s not clear whether the findings would apply to an area outside of the Twin Cities, or among wealthier students, they noted.

Anabolic steroids are synthetic versions of testosterone, the male sex hormone. Steroids are prescribed legally to treat conditions involving hormone deficiency or muscle loss, but when they’re used for non-medical purposes, it’s typically at much higher doses, according to the National Institute on Drug Abuse.

In those cases, steroids can cause mood swings – sometimes known as roid rage – and for adolescents, stunted growth and accelerated puberty.

Anabolic steroids have become pervasive in professional sports, including baseball, football and boxing. (Another example of performance-enhancing drug use is “blood doping” with erythropoietin or EPO, which is behind the Lance Armstrong cycling controversy that caused him to be stripped of his Tour de France titles last month.)

Experts have worried that the drive to get ahead of competitors at any cost could trickle down to college and high school athletes, as well.

“I would stay away from all supplements, because you don’t know what’s in them,” Goldberg, who wasn’t involved in the new study, told Reuters Health.

“What’s important is to teach kids how to eat correctly,” he said. Goldberg said getting enough protein through food, eating breakfast and avoiding muscle toxins like alcohol and marijuana can all help young athletes get stronger without shakes or supplements.

Eisenberg’s team did not find clustering of steroid use and other muscle-enhancing behaviors within particular schools.

“Rather than being driven by a particular school sports team coach or other features of a school’s social landscape, this diffusion suggests that muscle-enhancing behaviors are widespread and influenced by factors beyond school, likely encompassing social and cultural variables such as media messages and social norms of behavior more broadly,” the researchers wrote.