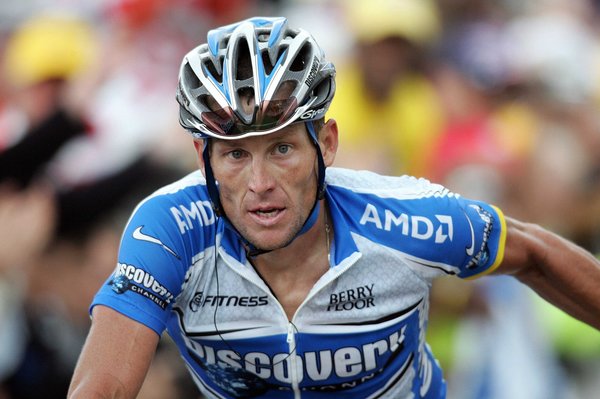 Lance Armstrong, who this fall was stripped of his seven Tour de Francetitles for doping and barred for life from competing in all Olympic sports, has told associates and antidoping officials that he is considering publicly admitting that he used banned performance-enhancing drugs and blood transfusions during his cycling career, according to several people with direct knowledge of the situation. He would do this, the people said, because he wants to persuade antidoping officials to restore his eligibility so he can resume his athletic career.

For more than a decade, Armstrong has vehemently denied ever doping, even after antidoping officials laid out their case against him in October in hundreds of pages of eyewitness testimony from teammates, e-mail correspondence, financial records and laboratory analyses.

When asked if Armstrong might admit to doping, Tim Herman, Armstrong's longtime lawyer, said: "I do not know about that. I suppose anything is possible, for sure. Right now, that's really not on the table."

Armstrong has been under pressure from various fronts to confess. Wealthy supporters of Livestrong, the charity he founded after surviving testicular cancer, have been trying to persuade him to come forward so he could clear his conscience and save the organization from further damage, one person with knowledge of the situation said.

Several legal cases stand in the way of a confession, the people familiar with the situation said. Among the obstacles is a federal whistle-blower case in which he and several team officials from Armstrong's United States Postal Service cycling team are accused of defrauding the government by allowing doping on the squad when the team's contract with the Postal Service explicitly forbade it.

Although Herman said such an option was not currently on the table, the people familiar with the situation said Armstrong, 41, was in fact moving toward confessing and had even been in discussions with the United States Anti-Doping Agency. Armstrong had met with Travis Tygart, the agency's chief executive, in an effort to mitigate the lifetime ban he received for playing a lead role in doping on his Tour-winning teams, according to one person briefed on the situation.

Armstrong was also seeking to meet with David Howman, the director general of the World Anti-Doping Agency, that person said.

Herman denied that Armstrong was talking to Tygart.

None of the people with knowledge of Armstrong's situation wanted their names published because it would jeopardize their access to information on the matter.

Tygart declined to comment. Howman, who was on vacation in New Zealand, did not immediately respond to a phone call and an e-mail.

Armstrong has hopes of competing in triathlons and running events, but those competitions are often sanctioned by organizations that adhere to the World Anti-Doping Code, under which Armstrong received his lifetime ban.

According to the World Anti-Doping Code, an athlete might be eligible for a reduced punishment if he fully confesses and details how he doped, who helped him dope and how he got away with doping.

Marion Jones, who won five medals at the 2000 Olympics, denied doping for years until giving a teary-eyed confession on the steps of a Westchester County courthouse in 2007. She spent six months in prison for lying to federal investigators about her doping and for her involvement in a check-fraud scheme.

The timeline for Armstrong's deciding whether to confess is unclear, but it is partly based on whether the United States Justice Department will join the whistle-blower lawsuit, which was filed under the False Claims Act. The sole plaintiff of that lawsuit is Floyd Landis, Armstrong's former Postal Service teammate who was stripped of the 2006 Tour de France title for doping.

If the Justice Department also becomes a plaintiff, the case would be more formidable than if Landis pursued it alone. Landis stands to collect up to 30 percent of any money won in the case, which could be in the millions. The team's contract with the Postal Service from 2000 to 2004 was more than $30 million.

Armstrong is also facing two other civil lawsuits, one that involves the Dallas-based insurance company SCA Promotions, which is trying to recoup at least $5 million it covered when Armstrong won multiple Tours.

The company withheld that $5 million bonus from Armstrong after he won the 2004 Tour because of doping accusations that surfaced in the book "L.A. Confidentiel: Les Secrets de Lance Armstrong," which was published in France. Armstrong sued the company, and the case was settled for $7.5 million.

Armstrong is also being sued by the British newspaper The Sunday Times over the settlement of a libel case in which the newspaper paid Armstrong nearly $500,000.

But what worries Armstrong and his lawyers the most, two of the people with knowledge of the situation said, is that he could be facing criminal charges of perjury if he confesses because he had given sworn depositions in the SCA case that he had never doped.

Before coming forward, Armstrong would need assurances from the Department of Justice that he would not be prosecuted for those crimes, those two people said.

After antidoping officials issued its report on him, Armstrong cut all ties with his charity, and his sponsors, including Nike and other longtime supporters, abandoned him.

"He's doing O.K. for a guy that has had his livelihood and his life torn from him, but he's very strong," Herman said.