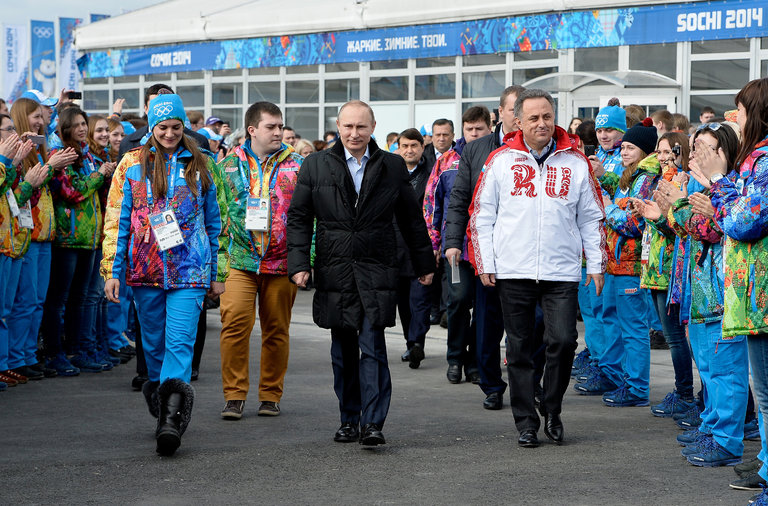 Detailed accounts of state-sponsored doping in Russia have unsettled global sports this year. On Friday morning, another investigation into Russian doping will wrap up.

The World Anti-Doping Agency, the primary international watchdog on the use of performance-enhancing substances, will publish the results of a new inquiry into Russian sports.

We read all about this over the summer, didn’t we?

Yes. In July, an earlier inquiry concluded that the Russian government had helped top athletes use performance-enhancing drugs leading up to the 2012 Summer Olympics in London and throughout the 2014 Winter Games in Sochi, Russia. It confirmed what a former chief of Russia’s national antidoping lab, Grigory Rodchenkov, had told The New York Times in May.

What’s the point of this latest inquiry?

This one has gone a layer deeper. It is focused on identifying the athletes who used banned performance-enhancing substances at the Sochi Games, as well as in the years before and after.

Haven’t athletes of every nationality been caught doping? Why focus on Russia?

In 2014, the most recent year for which data is available, there were nearly 1,700 doping violations involving athletes from 109 countries, according to WADA. Russia accounted for roughly 150 violations, the most of any country.

Russia also has drawn scrutiny because of government involvement in systematic cover-ups.

Could Olympic medals be rescinded after Friday’s report is published?

Yes. Already, dozens of medals from the 2012 London Games and the 2008 Beijing Games have been rescinded this year because of doping offenses, but none from Sochi. Investigators will turn over their findings to global sports officials, who will decide on disciplinary measures for implicated athletes.

Why haven’t any medals from Sochi been rescinded?

Dr. Rodchenkov said he had tampered with the urine samples of at least 15 medalists at the Sochi Games. With the help of Russia’s internal intelligence service, he emptied out the athletes’ steroid-laced urine and swapped in clean urine. Last summer’s inquiry found forensic evidence on the Sochi sample bottles, which had been preserved in a lab in Switzerland, verifying what he had said.

The International Olympic Committee has announced it will retest the Sochi urine samples for banned substances using scientific advancements that recently revealed violations from the Beijing and London Games.

But under the substitution system that Dr. Rodchenkov outlined, such straightforward drug violations would not have been detected. That makes proving that athletes doped more complicated than in typical situations in which tampering is not an issue.

Why weren’t all of the findings about Russian doping published at the same time?

The July report was issued just weeks before the Summer Olympics in Rio de Janeiro, a hotly disputed choice that left sports officials scrambling to decide on penalties for Russia’s delegation to the Games. (More than 100 Russian Olympians were ultimately kept from competing.)

But some sports officials questioned whether the investigation, which took a little less than two months, was thorough enough. Some called the findings insufficient to penalize individuals, prompting WADA to commission further work.

Who has led these investigations?

Richard McLaren, a Canadian law professor specializing in international sports. Mr. McLaren has been a part of the numerous inquiries into Russian doping that WADA has commissioned over the last two years.

How has Russia reacted?

President Vladimir V. Putin and Vitaly Mutko, a former sports minister who was recently promoted to deputy prime minister, have denied the existence of a state-sponsored doping program.

Mr. Putin fired a deputy sports minister implicated in the July report, as well as Mr. Mutko’s antidoping adviser, who was also identified as having helped cover up violations.

So everything will be settled on Friday?

Not exactly. The fact-finding mission commissioned by WADA will end, but the International Olympic Committee has undertaken its own investigation, and penalties have yet to be resolved.

The Olympic committee has created two commissions focused on the Sochi scandal: one to examine samples, and one to consider disciplinary action. They have requested the cooperation of Mr. McLaren, who has promised to assist them after Friday.

How did all of this start in the first place?

In 2014, two whistle-blowers — Vitaly Stepanov, an antidoping worker in Russia, and Yuliya Stepanova, a professional runner — spoke out about doping by Russian athletes. An investigation commissioned by WADA confirmed their account in 2015, establishing that banned drugs pervaded Russian track and field and that the government was complicit.

It was not until May 2016 — when Dr. Rodchenkov talked to The Times — that there was a precise understanding of how that doping program had been run, and of the extent of the violations that took place at the Olympics.

According to Dr. Rodchenkov and to Mr. McLaren’s investigation, the cheating the Stepanovs revealed extended beyond track and field to nearly every sport.

Why does it matter? Isn’t this old news?

Many people believe the very integrity of international sports is at stake.

Some American athletes are objecting to the decision to stage a major competition in Sochi in a few months; they have expressed worry about doping control and personal safety, as well as information security, in the wake of recent Russian cyberattacks.

For Russia, too, the situation is unresolved. Russian track and field athletes remain barred from competing globally and are eager to return to good standing.

The country’s national antidoping agency and the drug-testing lab where Dr. Rodchenkov worked remain decertified, requiring that the country pay for antidoping authorities from Britain to conduct drug testing in Russia.

The United States Justice Department and Congressional committees are also investigating Russian doping and sports officials’ handling of the scandal.