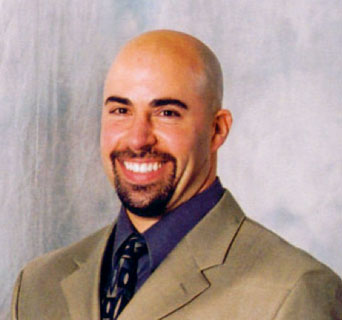 The sporting world is constantly reporting on athletes from various sports using drugs as a means to get an upper hand on their opponents. There have been recent cases in the 2012 Olympics.

There was even an incident when NASCAR vehicles were guilty of using illegal fuels. I believe they consider this cheating too. Kind of like a cowboy having an ace up his sleeve to win big at the saloon. It is frowned upon and often met with an untimely death.

Sadly, and too often, so are the athletes who feel they need to use steroids to be competitive and succeed. Athletes' drive for winning is at all costs. They want to be the best for themselves, for financial reasons and the fame. But there can be a price much greater than being on a cereal box.

This viscous trend is now involving younger athletes, both boys and girls, using steroids during the delicate developmental years of their youth. Estimates believe five - 12% of boys are using steroids, which equals many thousands of them in our country. Girls were found to use steroids much less than boys.

Professional athletes aren't the only influence to our kids. Hollywood stars and musical performers are also resorting to improving their body through unnatural means. When someone has a change in their body and it happens too quickly, it should raise a red flag.

Current news coverage reports how baseball is riddled with steroid use, but they are not alone. Any sport is susceptible to athletes looking for an edge. The worlds of martial arts, boxing, football, track and field, cycling, pro wrestling and bodybuilding also have problems.

One of the problems with baseball is everyone was using them, or at least many of the stars. It was like bringing a knife to a gun fight. You were at a disadvantage so to stay competitive or become better, you too joined the masses.

One argument is that steroids don't affect a baseball player's ability to hit a ball. I played ball for 35 years. Yes it does. There I said it. I have played with guys that were good hitters and became great hitters. A weak fly ball traveled farther and fell in for a hit, a ground ball made its way through the infield faster, a deep fly ball carried farther, the player was stronger, faster and recuperated quicker.

Can you blame the athletes though? ESPN loves the highlights. The big play puts you in the spotlight. Baseball players are suddenly posting huge numbers during The Steroid Era, which can result in a huge contract. Just review the stats and you will see many players hit better and then taper back down to their normal abilities.

To help maintain a fair competition worldwide and for the health of the athletes, many countries have organizations to test and punish athletes for using drugs. Stiffer penalties have been adopted to discourage cheating. At the same time, distributors and athletes are constantly searching for ways to confuse test results or have drugs that are designed to be undetectable at the current time.

Users try to stay one step ahead of the laws and rules of fair competition. How many years did we have to hear the denials before finally hearing the truth from Floyd Landis, Sammy Sosa, Mark Mcguire and Marion Jones, regarding their steroid use?

Kids look to many of these top athletes as role models. Warranted or not, kids see these competitors as larger than life entities who can do no wrong. Sometimes parents are around less than they should be, or can be, and athletes are all a child has to look up to.

With the lure of a professional career, big money, parents' expectations, popularity in the high school or college setting or a scholarship, our youth is being drawn to taking shortcuts. Studies suggest that there is an increasing prevalence of boys and girls using steroids in high school and middle school.

As a society aren't we always looking for the magic bullet? What pill will make me thin and lose weight? What can I take to have the effect of exercise on the body without actually going to a gym? We also glorify star athletes for scoring points over a heart surgeon saving lives.

Steroids in the hands of a physician are a different story. Doctors can use steroids to help people recover, regain their health and decrease their pain.

Many middle-aged men are turning to steroids to help increase their testosterone levels to the average range it should be, because as it drops lower, men suffer from "Man-opause." That's the cute term to describe when a guy's energy level drops; they lose muscle mass and sex drive changes as well. Women have also experienced positive changes when their doctor has recommended hormones to help balance their levels.

When good things are used for purposes other than what they were originally intended, is when problems, including abuse, arise.

"What lies behind us and what lies before us are tiny matters compared to what lies within us."

Athletes trying to gain an unnatural advantage on their competition utilize Anabolic Steroids and substances to help promote increased steroid production, known as precursors. These hormones can lead to muscle and bone growth by increasing protein synthesis.

They also stop the destruction of muscle tissue by cortisol, during stressful times. The body will grow and become stronger but there is a consequence for these actions. Common names of steroids in the news are Testosterone, Androstenedione and HGH (human growth hormone).

Male specific side effects are Gynecomastia, or development of breasts, reduced sexual functioning or infertility, and testicular atrophy.

Female side-effects can include a deepening of the voice, increased body hair, changes in the physical appearance and less frequent menstrual cycles due to acquiring more male characteristics.

You can look around in the gym and see someone who has disproportionate deltoids or shoulders. If the shoulders look like cannon balls, chances are the intense training isn't the only contributor to their over-development.

At the Arnold Schwarzenegger Classic years back they tried to have a natural bodybuilding show, along with the "freaks," as the immense competitors are called. The crowd wasn't too excited. When Arnold preached about the negative effects of prolonged steroid use, and he knows firsthand, and then discussed his interest to "clean up" the sport, he received some boos from the audience.

Most importantly, and the whole reason for this article is to inform you of the dangers and the signs of use so you will keep an eye on your kids. Not that a teenager doesn't have enough mood swings, but if they play sports and start to show big changes in their physique, develop face or back acne or have bigger temper/mood swings, ask some questions. It's just a precaution and kids don't know what is best for them. Let's try to prevent a senseless tragedy or death of a young life.

Many younger athletes only need to eat right with their training to experience positive growth before buying every supplement the pros are taking. Talk to your doctor, or a guy like Don at GNC in the Wildewood Shopping Center, so they can direct you to the proper, safe supplementation for your age and personal goals.

There are a bunch of athletes, bodybuilders and wrestlers that have suddenly died due to disease, enlarged hearts, recreational drugs or suicide. In some instances people will say that steroids didn't kill the 38 year-old person because they died of an enlarged heart but when you look at the list of side-effects, doesn't it look like there could easily be a connection? These athletes become stronger and train harder. The heart is a muscle and it too becomes larger.

When kidney disease kills an athlete could it be possible the large amounts of protein they were eating or the diuretics they were taking led to their demise? Yes, but we also have scientific evidence to the known side-effects of steroid use and one of those is kidney disease.

If you are 25 or 45 and want to use the stuff, I am writing this just to play Devil's advocate and make you think twice. A lot like my smoking article. I'm supplying the reasons it could be detrimental to your health so you can make an informed decision before you start or why you should stop.

Some athletes resort to blood doping, which puts more red blood cells in the body so more oxygen, can be carried throughout the body. This is a common reason for cheating in aerobic events like: cycling and track; due to the athlete's need for oxygen. With more oxygen being carried by your blood cells your body is less likely to get fatigued and you can finish strong.

U.S. Olympic sprinter Debbie Dunn just failed a test for having too much testosterone in her system and had to leave the competition, disappointing her teammates, family, friends and herself.

How do athletes feel when they are found guilty of cheating? Sometimes it is only their personal medals and accolades that are stripped away. Other times when they play for a team or win a track event with three others, everyone loses their medals. Now they have to face up to their teammates for taking away their dreams as well.

My patient Marco is 41 and has been winning natural bodybuilding shows and did it the old-fashioned way. He earned it. Another patient Robin is eating healthy and working out hard to transform her body with sweat and gym time. Don't take a shortcut to improve your performance and ability. Improve what you have or what you can do, naturally and safely. It's called: hard work, dedication, commitment, heart, perseverance and respect.

These topics come from my book, "Back At Your Best; Balancing the Demands of Life With the Needs of Your Body." It is available in book and Kindle format at Amazon, www.BAYBBook.com and at my office.

Thank you to everyone who has email questions. If you have any type of personal health concerns or questions, feel free to email me at DrJay@BackAtYourBest.com. I will answer them in private or in this section in a week or two.

Dr. Jay M. Lipoff is the owner of Back At Your Best Chiropractic & Physical Therapy, LLC, which is located in the Wildewood Shopping Center. He received his Bachelor of Science degree from Syracuse University in 1990, a Doctorate of Chiropractic (D.C.) from New York Chiropractic College (NYCC) in 1994 and he became a Certified Fitness Trainer (CFT) in 2005.