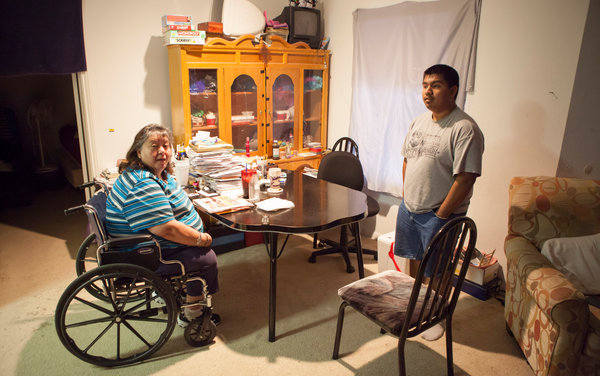 About 55,000 dietary supplements, largely unregulated, are sold in the United States.

Christopher, a high school student from Katy, Tex., suffered severe liver damage after using a concentrated green tea extract he bought at a nutrition store as a “fat burning” supplement. The damage was so extensive that he was put on the waiting list for a liver transplant.

“It was terrifying,” he said in an interview. “They kept telling me they had the best surgeons, and they were trying to comfort me. But they were saying that I needed a new liver and that my body could reject it.”

New data suggests that his is not an isolated case. Dietary supplements account for nearly 20 percent of drug-related liver injuries that turn up in hospitals, up from 7 percent a decade ago, according to an analysis by a national network of liver specialists. The research included only the most severe cases of liver damage referred to a representative group of hospitals around the country, and the investigators said they were undercounting the actual number of cases.

While many patients recover once they stop taking the supplements and receive treatment, a few require liver transplants or die because of liver failure. Naïve teenagers are not the only consumers at risk, the researchers said. Many are middle-aged women who turn to dietary supplements that promise to burn fat or speed up weight loss.

“It’s really the Wild West,” said Dr. Herbert L. Bonkovsky, the director of the liver, digestive and metabolic disorders laboratory at Carolinas HealthCare System in Charlotte, N.C. “When people buy these dietary supplements, it’s anybody’s guess as to what they’re getting.”

Though doctors were able to save his liver, Christopher can no longer play sports, spend much time outdoors or exert himself, lest he strain the organ. He must make monthly visits to a doctor to assess his liver function.

Americans spend an estimated $32 billion on dietary supplements every year, attracted by unproven claims that various pills and powders will help them lose weight, build muscle and fight off everything from colds to chronic illnesses. About half of Americans use dietary supplements, and most of them take more than one product at a time.

Dr. Victor Navarro, the chairman of the hepatology division at Einstein Healthcare Network in Philadelphia, said that while liver injuries linked to supplements were alarming, he believed that a majority of supplements were generally safe. Most of the liver injuries tracked by a network of medical officials are caused by prescription drugs used to treat things like cancer, diabetes and heart disease, he said.

But the supplement business is largely unregulated. In recent years, critics of the industry have called for measures that would force companies to prove that their products are safe, genuine and made in accordance with strict manufacturing standards before they reach the market.

But a federal law enacted in 1994, the Dietary Supplement Health and Education Act, prevents the Food and Drug Administration from approving or evaluating most supplements before they are sold. Usually the agency must wait until consumers are harmed before officials can remove products from stores. Because the supplement industry operates on the honor system, studies show, the market has been flooded with products that are adulterated, mislabeled or packaged in dosages that have not been studied for safety.

The new research found that many of the products implicated in liver injuries were bodybuilding supplements spiked with unlisted steroids, and herbal pills and powders promising to increase energy and help consumers lose weight.

“There unfortunately are criminals that feel it’s a business opportunity to spike some products and sell them as dietary supplements,” said Duffy MacKay, a spokesman for the Council for Responsible Nutrition, a supplement industry trade group. “It’s the fringe of the industry, but as you can see, it is affecting some consumers.” More popular supplements like vitamins, minerals, probiotics and fish oil had not been linked to “patterns of adverse effects,” he said.

The F.D.A. estimates that 70 percent of dietary supplement companies are not following basic quality control standards that would help prevent adulteration of their products. Of about 55,000 supplements that are sold in the United States, only 170 — about 0.3 percent — have been studied closely enough to determine their common side effects, said Dr. Paul A. Offit, the chief of infectious diseases at the Children’s Hospital of Philadelphia and an expert on dietary supplements.

“When a product is regulated, you know the benefits and the risks and you can make an informed decision about whether or not to take it,” he said. “With supplements, you don’t have efficacy data and you don’t have safety data, so it’s just a black box.”

Since 2008, the F.D.A. has been taking action against companies whose supplements are found to contain prescription drugs and controlled substances, said Daniel Fabricant, the director of the division of dietary supplement programs in the agency’s Center for Food Safety and Applied Nutrition. For example, the agency recently took steps to remove one “fat burning” product from shelves, OxyElite Pro, that was linked to one death and dozens of cases of hepatitis and liver injury in Hawaii and other states.

The new research, presented last month at a conference in Washington, was produced by the Drug-Induced Liver Injury Network, which was established by the National Institutes of Health to track patients who suffer liver damage from certain drugs and alternative medicines. It includes doctors at eight major hospitals throughout the country.

The investigators looked at 845 patients with severe, drug-induced liver damage who were treated at hospitals in the network from 2004 to 2012. It focused only on cases where the investigators ruled out other causes and blamed a drug or a supplement with a high degree of certainty.

When the network began tracking liver injuries in 2004, supplements accounted for 7 percent of the 115 severe cases. But the percentage has steadily risen, reaching 20 percent of the 313 cases recorded from 2010 to 2012.

Those patients included dozens of young men who were sickened by bodybuilding supplements. The patients all fit a similar profile, said Dr. Navarro, an investigator with the network.

“They become very jaundiced for long periods of time,” he said. “They itch really badly, to the point where they can’t sleep. They lose weight. They lose work. I had one patient who was jaundiced for six months.”

Tests showed that a third of the implicated products contained steroids not listed on their labels.

A second trend emerged when Dr. Navarro and his colleagues studied 85 patients with liver injuries linked to herbal pills and powders. Two-thirds were middle-aged women, on average 48 years old, who often used the supplements to lose weight or increase energy. Nearly a dozen of those patients required liver transplants, and three died.

It was not always clear what the underlying causes of injury were in those cases, in part because patients frequently combined multiple supplements and used products with up to 30 ingredients, said Dr. Bonkovsky, an investigator with the network.

But one product that patients used frequently was green tea extract, which contains catechins, a group of potent antioxidants that reputedly increase metabolism. The extracts are often marketed as fat burners, and catechins are often added to weight-loss products and energy boosters. Most green tea pills are highly concentrated, containing many times the amount of catechins found in a single cup of green tea, Dr. Bonkovsky said. In high doses, catechins can be toxic to the liver, he said, and a small percentage of people appear to be particularly susceptible.

But liver injuries attributed to herbal supplements are more likely to be severe and to result in liver transplants, Dr. Navarro said. And unlike prescription drugs, which are tightly regulated, dietary supplements typically carry no information about side effects. Consumers assume they have been studied and tested, Dr. Bonkovsky said. But that is rarely the case. “There is this belief that if something is natural, then it must be safe and it must be good,” he said.