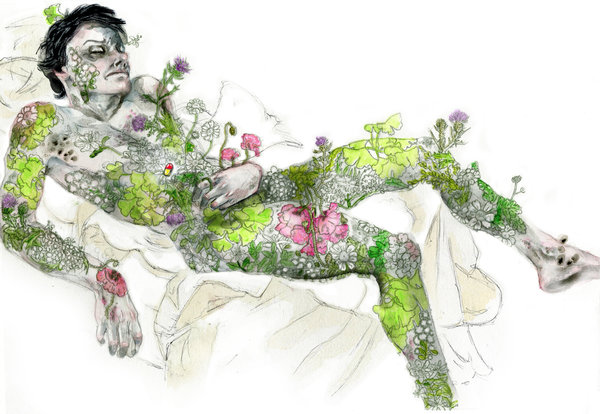 PARENTS whose children are admitted to our hospital occasionally bring along something extra to help with their care: dietary supplements, like St. John’s wort to ameliorate mild depression or probiotics for better health.

Here’s the problem: The Joint Commission, which is responsible for hospital accreditation in the United States, requires that dietary supplements be treated like drugs. It makes sense: Vitamins, amino acids, herbs, minerals and other botanicals have pharmacological effects. So they are drugs.

But the Food and Drug Administration doesn’t regulate dietary supplements as drugs — they aren’t tested for safety and efficacy before they’re sold. Many aren’t made according to minimal standards of manufacturing (the F.D.A. has even found some of the facilities where supplements are made to be contaminated with rodent feces and urine). And many are mislabeled, accidentally or intentionally. They often aren’t what they say they are. For example:

In 2008, two products were pulled off the market because they were found to contain around 200 times more selenium (an element that some believe can help prevent cancer) than their labels said. People who ingested these products developed hair loss, muscle cramps, diarrhea, joint pain, fatigue and blisters.

Last summer, vitamins and minerals made by Purity First Health Products in Farmingdale, N.Y., were found to contain two powerful anabolic steroids. Some of the women who took them developed masculinizing symptoms like lower voices and fewer menstrual periods.

Last month, researchers in Ontario found that popular herbal products like those labeled St. John’s wort and ginkgo biloba often contained completely different herbs or contaminants, some of which could be quite dangerous.

The F.D.A. estimates that approximately 50,000 adverse reactions to dietary supplements occur every year. And yet few consumers know this.

Parents of children admitted to our hospital often request that we continue treating their child with dietary supplements because they believe in them, even if that belief isn’t supported by evidence. More disturbing were the times when children were taking these supplements without our knowledge. Doctors always ask parents if their children are taking any medicines. Unfortunately, because most parents don’t consider dietary supplements to be drugs, we often never knew about their use, let alone whether they might react dangerously with the child’s other treatments.

The F.D.A. has the mandate, but not the manpower, to oversee the labeling and manufacture of these supplements. In the meantime, doctors — and consumers — are on their own.

Our hospital has acted to protect the safety of our patients. No longer will we administer dietary supplements unless the manufacturer provides a third-party written guarantee that the product is made under the F.D.A.’s “good manufacturing practice” (G.M.P.) conditions, as well as a Certificate of Analysis (C.O.A.) assuring that what is written on the label is what’s in the bottle.

The good news is that we’ve been able to find some vitamins, amino acids, minerals and a handful of other supplements that meet this standard. For example, melatonin has been shown to affect sleep cycles and has a record of safety, and we identified a product that met manufacturing and labeling standards.

The bad news is that this was a vanishingly small percentage of the total group. Around 90 percent of the companies we reached out to for verification never responded. They didn’t call us back, or their email or manufacturing addresses changed overnight. Of the remainder, many manufacturers refused to provide us with either a statement of G.M.P. or a C.O.A.; in other words, they refused to guarantee that their products were what they said they were. Others lied; they said they met G.M.P. standards, but a call to the F.D.A. revealed they had been fined for violations multiple times. Perhaps most surprising, some manufacturers willingly furnished information that their product didn’t meet standards — like one company that provided a C.O.A. showing that its product contained 47,000 International Units of beta-carotene, when the label stated 25,000.

Now, when parents in our hospital still want to use products whose quality can’t be assured, we ask them to sign a waiver stating that the supplement may be dangerous, and that most have not been studied for their effectiveness. “Use of an agent for which there are no reliable data on toxicity and drug interactions,” the waiver reads, “makes it impossible to adequately monitor the patient’s acute condition or safely administer medications.”

What can other individuals who are concerned about supplement safety do? They can look for “U.S.P. Verified” on the label — this proves the supplement has been inspected and approved under the United States Pharmacopeial Convention. Unfortunately, fewer than 1 percent of the 55,000 or so supplements on the market bear this label. The real answer is that, until the day comes when medical studies prove that these supplements have legitimate benefits, and until the F.D.A. has the political backing and resources to regulate them like drugs, individuals should simply steer clear.

For too long, too many people have believed that dietary supplements can only help and never hurt. Increasingly, it’s clear that this belief is a false one.

Paul A. Offit is chief of the division of infectious diseases at the Children’s Hospital of Philadelphia, where Sarah Erush is the clinical manager in the pharmacy department.