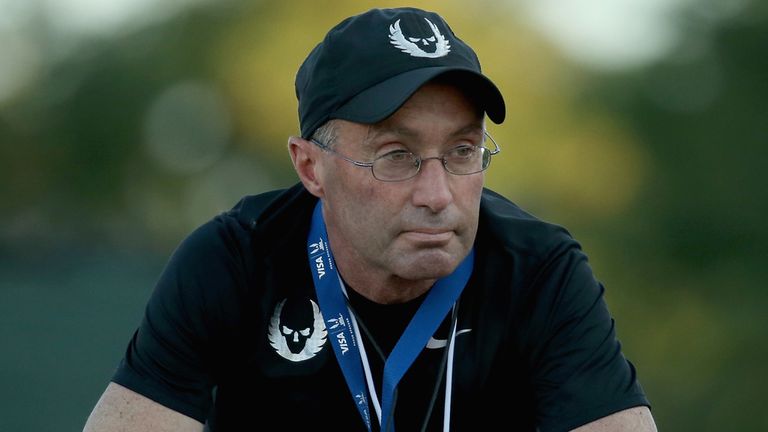 A report by the United States Anti-Doping Agency has concluded that renowned track and field coach Alberto Salazar used banned drugs to boost athletes’ performance, according to a new report by The Sunday Times.

Documents seen by the Sunday Times detail that double Olympic champion Mo Farah and other athletes were given infusions of a research supplement based on the chemical L-carnitine, which is an amino acid produced naturally in the body and can also be prescribed by a doctor as a supplement for heart and muscle disorders. Salazar’s experimenting L-carnitine was first reported by the Times in 2015. In the most recent report, The Times says that Salazar boasted about the “incredible performance boosting effects of the substance.”

“Lance call me asap! We have tested it and it’s amazing,” Salazar emailed Armstrong before the seven-time Tour de France champion was outed as a drug cheat, according to the Times.
The USADA has been investigating Salazar since 2015 and is looking into the L-carnitine infusions that were given through an intravenous drip to six top American runners. A report written by USADA in March 2016, which was seen by the Sunday Times, noted Salazar and doctor Jeffrey Brown, “conspired to collude together” to use medications and medical procedures in risky and “sometimes potentially unlawful” ways in order to boost athletic performance. In December 2011, assistant coach Steve Magness underwent an experimental L-carinitine infusion and reported to Salazar that his improvement was “within the range that occurs with blood doping.” According to the Times, USADA’s report notes: “In other words, Magness was reporting to Salazar that the change in performance . . . was in line with the performance enhancement brought about by the most powerful cheating method ever devised for endurance athletes — blood doping. Salazar’s excitement . . . went through the roof.”
Farah was among the Salazar athletes that were given prescription drugs, according to the Times. An L-carnitine shot was given before Farah’s marathon debut at the 2014 London Marathon. Salazar tells the Times that the shots were administered “exactly the way Usada directed.” Brown says he has never used prohibited drug infusions and the L-carnitine use was approved by USADA.

In 2015, Salazar was the subject of a ProPublica and BBC report alleging he pushed the boundaries on doping rules to gain a competitive advantage by encouraging the use of prescription medication and therapeutic use exemptions. He would allegedly push for use of asthma and thyroid medication for performance enhancement. The report also implicated Olympic silver medalist Galen Rupp. The two-time Olympic medalist has never tested positive for any performance enhancing drug and denied any use of banned substances.

Magness, currently coach at the University of Houston, was joined by marathoner and world championship medalist Kara Goucher as the main whistleblowers in the 2015 report. Magness left the Nike Oregon Project after the 2012 Olympics and spoke to USADA. Magness claims he saw documents monitoring Rupp’s blood levels and notes that he was on testosterone medication. Salazar said it had been a mistake.​
Kara Goucher and her husband Adam trained under Salazar. Kara Goucher told BBC that Salazar encouraged her to take the thyroid drug Cytomel in an attempt to shed baby weight in 2011, after the birth of her son. She did not have a prescription for Cytomel. The Gouchers also mentioned how Salazar would push for a TUE for an intravenous drip for Rupp ahead of races. Manipulating the TUE process to get a TUE would be grounds for a ban by the World Anti-Doping Agency.
In June 2015, Salazar responded to allegations with an 11,736 word response on the Nike Oregon Project’s official website, where he denied any wrong doing.

After the BBC and ProPublica report, USADA launched an investigation into Salazar.

Goucher said that she would share more information with the anti-doping agency. Other athletes also came forward to discuss Salazar with USADA. The latest report from USADA has reportedly been impeded because Salazar and other athletes have refused to permit USADA to review medical records. The USADA report and other information was leaked by the Fancy Bears hacking group. Salazar responded to the Times report on Sunday afternoon, according to Sean Ingle of The Guardian: “The Times has simply recycled old allegations that have been refuted almost two years ago. I have clearly and repeatedly refuted allegations directly against me and the Oregon Project. I believe in a clean sport and a methodical, dedicated approach to training. The Oregon Project will never permit doping and all Oregon Project athletes are required to comply with the WADA Code and IAAF Rules. I do not use supplements that are banned. L-Carnitine is a widely available, legal nutritional supplement that is not banned by WADA. Any use of L-Carnitine was done so within WADA guidelines. In this case, to ensure my interpretation of WADA rules was correct, I also communicated in writing with USADA in advance of the use and administration of L-Carnitine with Oregon Project athletes. Oregon Project athletes were then administered L-Carnitine in exactly the same way USADA directed. I have voluntarily cooperated with USADA for years and met with them over a year ago. The leaking of information and litigation of false allegations in the press is disturbing, desperate and a denial of due process. I look forward to this unfair and protracted process reaching the conclusion I know to be true.” http://www.si.com/olympics/2017/02/25/alberto-salazar-banned-drugs-usada-report-investigation-nike