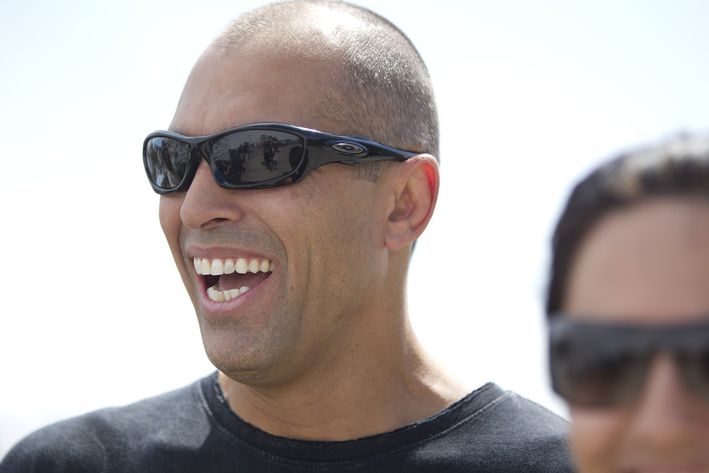 Royce Gracie does not believe mixed martial arts, the sport he helped build, has a drug problem.

Despite the recent spat of positive tests — from Anderson Silva’s anabolic steroids toJon Jones‘ cocaine — Gracie would prefer to accentuate the positive: that offenders are getting caught and penalized.

“It shows that the system is working,” Gracie told MMAFighting.com at Bellator 133 on Friday night. “You’re trying to look at the bad side, I’m looking at the good side. Instead of trying to encourage people, ‘Oh, let’s ban MMA because everybody is doing drugs, let’s ban NASCAR because they’re advertising drinking and driving.’ Let’s look at the good side. The system is working. Let’s not try to put down the fighters because one fighter made a mistake, decided to party and do whatever.”

Gracie, the very first UFC champion back in 1993, currently works as a brand ambassador for Bellator. The job takes him all over the country and the legend travels the world running seminars and speaking about the sport. How MMA is viewed by the public is a concern for him, but he doesn’t believe the high-profile names failing drug tests casts a negative light.

The 48-year-old believes the casual audience just needs to be educated about the sport and the testing process that’s in place by state athletic commissions.

“How many people got caught [recently]? Five?” Gracie said. “Five of how many we have in the sport all over the world? I don’t think it’s a problem.”

Gracie himself has tested positive for performance-enhancing drugs. The California State Athletic Commission overturned his win over Kazushi Sakuraba at Dynamite! USA in 2007 in Los Angeles when he tested positive for nandrolone metabolites. Nandrolone is an anabolic steroid. Gracie denies ever using the PED.

Gracie has not competed in MMA since that bout. He was suspended one year and fined $2,500 for the failed test.

Anderson Silva tested positive for anabolic steroid metabolites in a Jan. 9 out-of-competition test before his Jan. 31 bout against Nick Diaz at UFC 183 in Las Vegas. The results did not come back until after the fight, so Silva was allowed to compete. The former UFC middleweight champion, regarded as the greatest UFC champ of all time, has denied using the steroids. He will face discipline from the Nevada Athletic Commission (NAC) at a hearing in March or April. Silva defeated Diaz by unanimous decision.

Gracie said he does not believe the positive test for Silva will taint his legacy and we should not “crucify the guy.”

“You can’t change the past, what he did,” Gracie said. “I haven’t talked to him, so I don’t know. Not going to jump the gun.”

Gracie was slightly harder on Jones, the UFC light heavyweight champion who failed a drug test for cocaine metabolites in December before his bout with Daniel Cormier atUFC 182 on Jan. 3. Because cocaine is not prohibited by the NAC out of competition, Jones was still able to compete and he beat Cormier by unanimous decision.

“He forgets sometimes that he’s an example for the young kids,” Gracie said. “He’s young, he’s human. He’s gonna go out and party, be influenced. He made a mistake.”

The UFC is scheduled to hold a press conference regarding the recent positive test results Wednesday in Las Vegas. Gracie, though, maintains that there is not an issue and the testing procedures done by athletic commissions are doing their jobs.

“I feel like the system works,” Gracie said. “It’s good. Let’s not think of the bad side, let’s think it’s the good side. It works.

“The system works. That’s why they’re getting caught.”