Lance Armstrong, the American cyclist, cancer survivor and seven-time winner of the Tour de France, is a fast-moving target. But Jeff Novitzky, a 6-7, 225-pound former taxman, is in hot pursuit. And he might be even faster.

Novitzky has earned a reputation as the United States’s “Steroid Cop” for his high-profile, anti-doping investigations of some of the biggest names in sport, most notably Barry Bonds and Marion Jones. 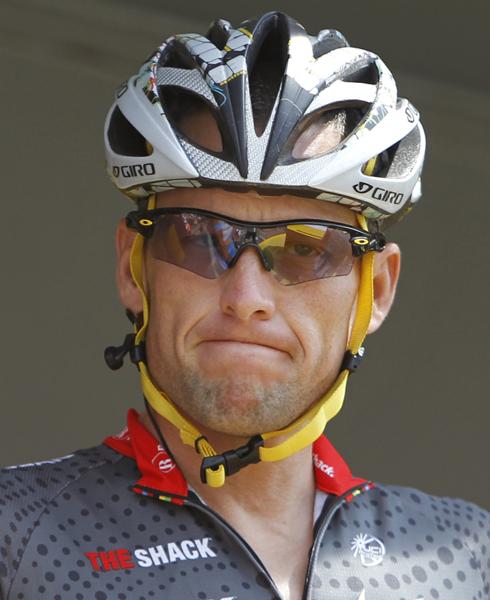 He now appears to be targeting Armstrong. Novitzky has reportedly obtained records of years-old doping allegations against Armstrong, contacted his sponsors and interviewed other former members of the U.S. Postal Service team that once starred Armstrong.

Greg LeMond, a cyclist who has won the Tour de France three times, has said that he will co-operate in the Novitzky investigation, predicting that it will produce overwhelming evidence against Armstrong.

It was Novitzky’s efforts that forced Jones, the much-decorated U.S. sprinter, to admit drug use and give back the three gold medals and two bronzes that she won at the 2000 Sydney Olympics.

She served six months in jail. Her former boyfriend, Tim Montgomery, was also stripped of his 100 metres world record.

Novitzky also exposed alleged steroid abuse by Bonds, the home run king of Major League Baseball’s San Francisco Giants, who is due to go on trial for perjury next year.

“For all of those who love clean sport, Jeff Novitzky deserves a statue in the Hall of Fame,” says Travis Tygart, the head of the U.S. Anti-Doping Agency, who has worked with him for years.

“It speaks volumes to me when you have athletes who have been caught cheating by his investigations who have immense respect for him.”

Novitzky, then a taxman for the Internal Revenue Service, began his anti-doping crusade in the late-1980s when he heard from friends in San Francisco about the activities of a local sports nutrition lab called Balco, run by Victor Conte.

Now employed by the Food and Drug Administration, Novitzky said in court testimony two years ago: “I learned from a couple of sources of friends, coaches, athletes and family that Victor Conte had moved on from the nutritional supplement business to actually providing athletes with performance-enhancing drugs.”

He recounted how he would make midnight forays to rifle through the rubbish bins outside Balco. He seized needles containing human growth hormone, the endurance-boosting EPO hormone and strength-building anabolic steroids.

“During our surveillance, we saw many elite athletes arriving at Balco and, after a short period of time, leave Balco,” he said.

Novitzky became interested in doping in cycling after a landlord found a cache of performance-enhancing drugs in an apartment vacated by Kayle Leogrande, a little-known cyclist with a doping ban.

In April, American Floyd Landis, a one-time cycling star who was stripped of the 2006 Tour de France title for doping, accused Armstrong and other former teammates of taking performance-enhancing drugs.

Armstrong, 38, has reacted strongly to the allegations, saying last month that he would deny doping “as long as I live.”

An investigating grand jury has been convened in Los Angeles to look into the claims. Armstrong, who has hired a criminal defence lawyer, said that he would willingly co-operate with a legitimate inquiry — but not a “witch-hunt.”

Be that as it may, says Tygart, the anti-doping agency boss, if Armstrong has used drugs Novitzky will find out eventually.

“The guy is relentless and he is fastidious,” he says. “He will leave no stone uncovered until he has satisfied himself that he either has the goods, or there is no case.

“If Armstrong is not being straight about his past, he should be worried.