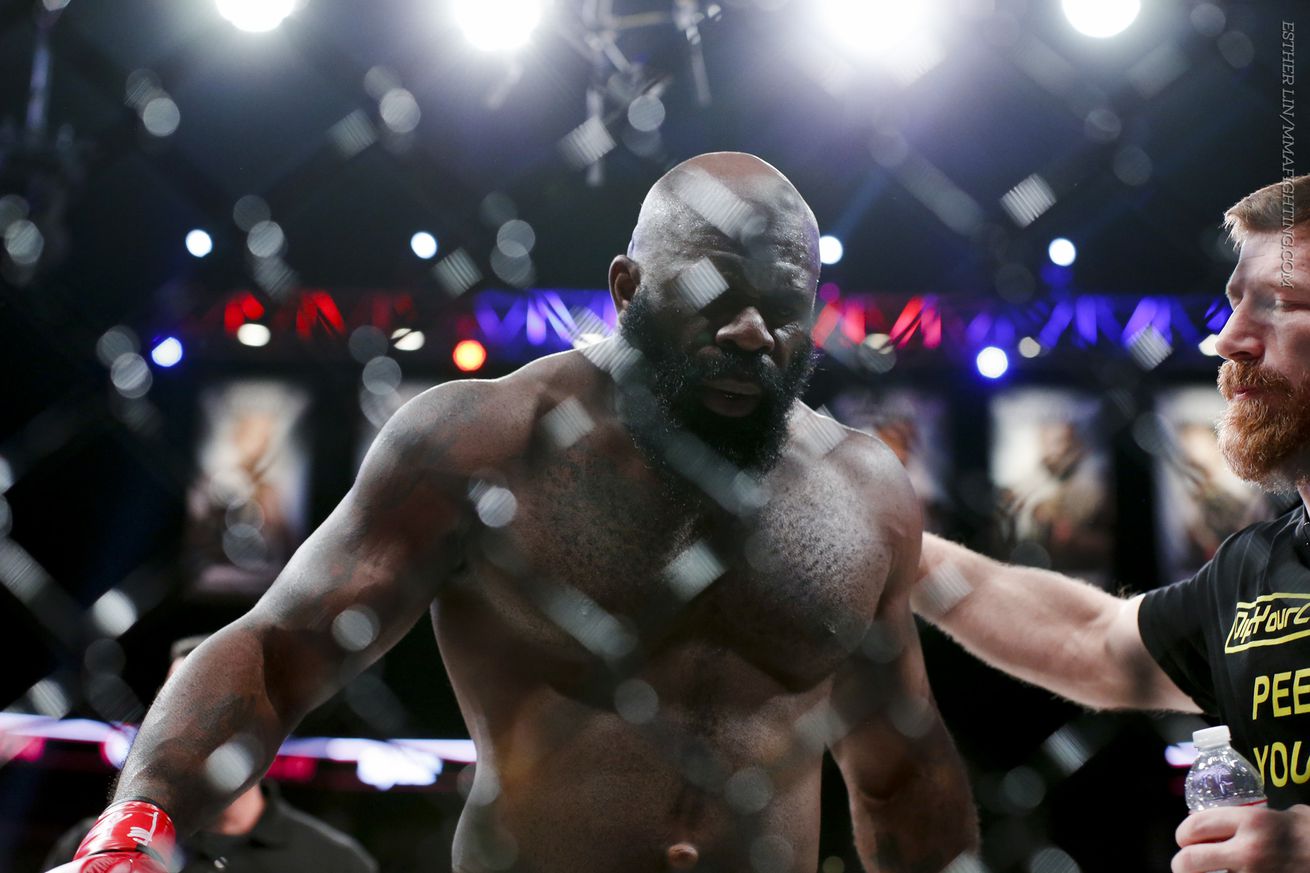 Kimbo Slice and Ken Shamrock both tested positive for steroids.

Slice and Shamrock failed drug tests in relation to Bellator 149 last month in Houston, as originally reported by MMA Fighting. Now we know for what substances.

Shamrock’s T-to-E ratio was 12.4:1, while Slice’s was 6.4:1. The Texas and World Anti-Doping Agency limit is 4:1. The two men submitted urine samples in a pre-fight collection.

The test results were obtained by MMA Fighting through a public records request with the Texas Department of Licensing and Regulation (TDLR). MMA Fighting initially reported the positive tests two weeks ago, though the substances Slice and Shamrock tested positive for were confidential at the time.

The punishments for Shamrock and Slice are still pending. The typical maximum penalty in Texas for a failed drug test is a 90-day suspension and $5,000 fine. It’s unlikely the TDLR would license either man for a period of a year after the positive test, sources said, but after 90 days the suspension would not extend to the other states.

This is Shamrock’s second time failing a drug test. Previously, he tested positive for the steroids norandrosterone, noretiocholanolone and stanozololin in 2009 after a win over Ross Clifton at WarGods: Valentine’s Eve Massacre.

Shamrock, 52, lost to Royce Gracie in the main event of Bellator 149 on Feb. 19 at the Toyota Center. The 42-year-old Slice, whose real name is Kevin Ferguson, defeated Dada 5000 by third-round knockout. That result has been overturned into a no contest.

Through spokesman Danny Brener, Bellator said it had no comment on the test failures.

Bellator 149 was the highest rated show in Bellator history, pulling in an average of more than 1.9 million viewers on Spike TV. Slice vs. Dada and Shamrock vs. Gracie both averaged more than 2 million viewers.