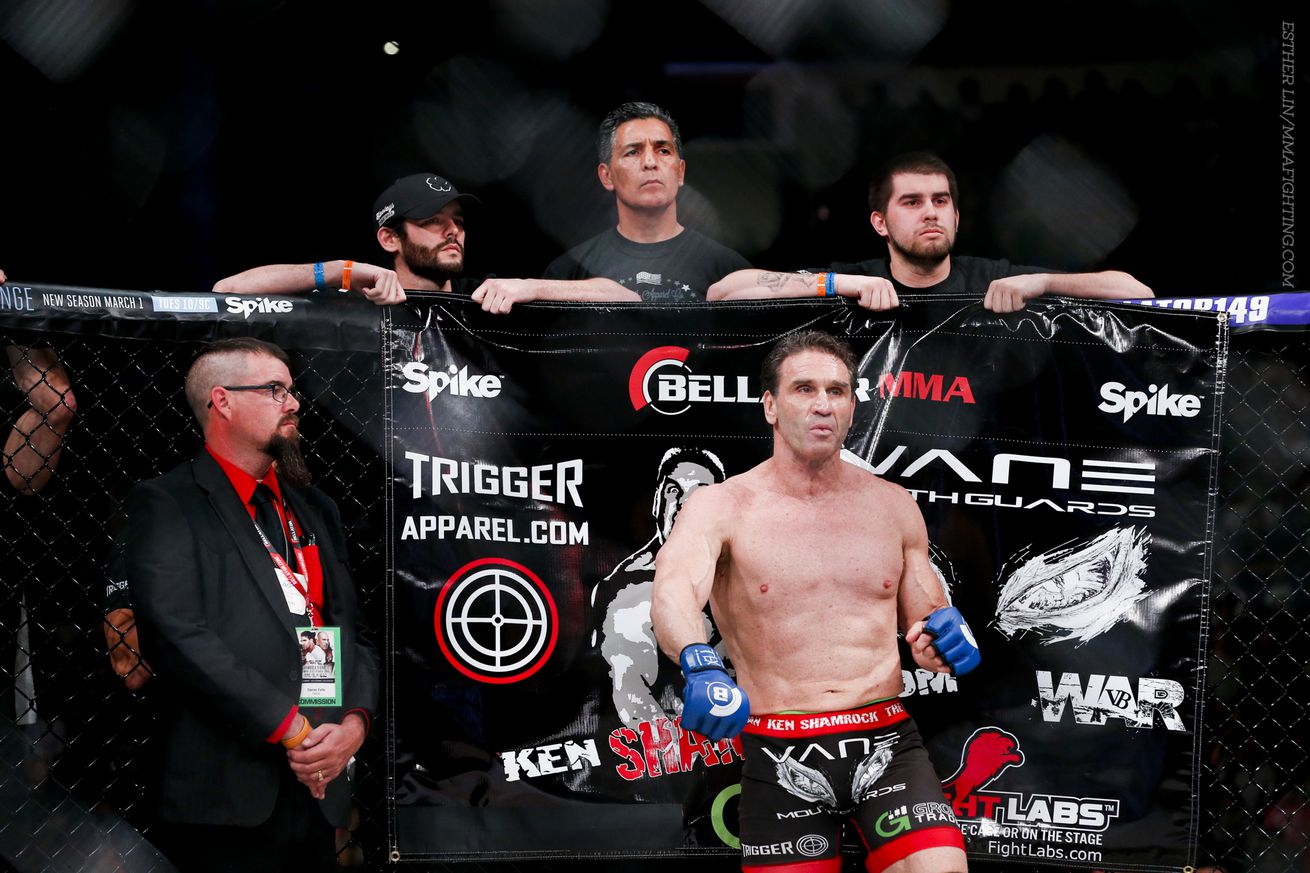 Ken Shamrock’s comeback in the cage will have to be put on hold.

The Texas Department of Licensing and Regulation (TDLR) has revoked the fight license of the MMA legend and fined him $2,500 after he tested positive for steroids in February, according to public records obtained by MMA Fighting.

Shamrock won’t be able to re-apply for a license until March 4, 2017, per Texas Combative Sports director Greg Alvarez. Though the revocation happened in Texas, it’s likely that other states will reciprocate the ban.

MMAjunkie was the first to report the news.

Shamrock, 52, tested positive for nandrolone and methadone in an in-competition test in relation to his Bellator 149 fight against Royce Gracie in February. Shamrock’s testosterone-to epitestosterone ratio was 12.4:1. Anything above 4:1 is prohibited in Texas and under the WADA code. Nandrolone is an anabolic steroid, while methadone is a painkiller that is also used to detoxify drug patients.

Initially, Shamrock appealed the TDLR sanctions, saying that the positive test was due to medications given to him by a doctor for a pituitary condition. On July 27, though, Shamrock dropped the appeal and accepted the suspension and fine.

Shamrock fell to Gracie in the main event fight in a bizarre finish. Gracie landed a knee in the first round that Shamrock said hit him below the belt, leading to a TKO. He was appealing the result of the finish with the TDLR before the drug test results came back.

Shamrock (28-17-2) is a UFC Hall of Famer and pioneer in mixed martial arts. His first bout with Gracie was at UFC 1, a Gracie submission win, and the two fought a second time to a draw at UFC 5. Shamrock began his MMA comeback after five years away in June 2015, a knockout loss at Bellator 138 to Kimbo Slice, who has since passed away.