Justin Bieber has been noticeably bulking up lately and now the question of steroid use has been raised. It was only a matter of time before Justin’s good name was linked to something illegal. His physique has changed a bit over the past year, but is it due to steroids or the simple fact he has finally gone through puberty? 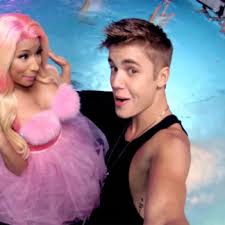 One webloid has come up with a reason for some of Justin’s problems over the past few months, including his relationship woes with Selena Gomez. According to Celeb Dirty Laundry, he could possibly be using steroids in an effort to beef up. Is there any proof? Nope. It is pure speculation.

While Justin has been slowly building up some biceps and his stomach muscles are becoming more defined, it is pretty much a no-brainer to figure out he isn’t using steroids. His family and manager would kibosh that before it even got started.

One of the “signs” pointed out by the webloid is that little scuffle Justin got into with a paparazzo several months ago. Yes, steroids are known to cause some moody behavior and the like, but hello, the kid is 18. It is hard to remember he is just barely a legal adult because of all his success. Teens are moody in general! Add in the fact the paparazzi have hounded his every move for the past couple of years and yeah, he is probably a little grumpy.

Justin Bieber is not the kind of guy to risk his future by using steroids. Nice try, but it is simply too far-fetched.