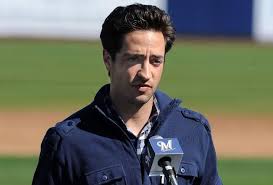 These three players and at least five other people with ties to the university have been cited on documents from an anti-aging clinic under investigation by Major League Baseball for providing players with performance-enhancing drugs. The connections have compelled the major leagues' investigators to train their focus on the university's baseball program, which they suspect is a nexus of performance-enhancing drug use.

The documents, which include billing and medical records, indicated that several players received performance-enhancing drugs from a clinic director. The documents also indicated that the strength and conditioning coach for Miami's baseball team, Jimmy Goins, received banned substances from the clinic.

In a written statement, the university said it was "aware of media reports regarding one of our employees, and an intensive review is under way." The university would not confirm reports that Goins had been fired or suspended in the wake of the allegations.

The N.C.A.A., the governing body for college sports, declined to comment. The university's athletic program is already under investigation by the N.C.A.A. for allegations that a booster gave hundreds of thousands of dollars in cash, as well as other benefits, to dozens of Miami athletes.

The medical records were published last week by the weekly newspaper Miami New Times, which said it obtained the documents from a former employee of the clinic, Biogenesis. The documents have not been independently authenticated by The New York Times.

For decades, the University of Miami has had one of the nation's most successful baseball programs, winning four national championships since 1982 and producing more than a hundred professional players. The Hurricanes have qualified for the N.C.A.A. tournament a record 40 consecutive seasons.

Baseball officials said they had been focused on the university's ties to the clinic and steroid distribution since last summer.

According to Miami New Times, Goins's name was found on multiple client lists belonging to a director of the clinic, Anthony Bosch. In one entry, from Dec. 14, 2011, Bosch wrote that he was selling Anavar, testosterone and a Winstrol/B-12 mix to Goins for $400 a month, according to the newspaper. An entry from a year later noted the sale of growth hormone and testosterone to Goins, the newspaper said.

The clinic, Biogenesis, was located in an office building in Coral Gables, Fla., a short walk across U.S. 1 from Alex Rodriguez Park and the University of Miami. Bosch has long ties to Coral Gables. His father, Pedro Publio Bosch, has been a physician there for decades.

Through a lawyer, Anthony Bosch has denied the claims, and several of the players whose names appeared in the article have issued statements denying involvement.

According to a University of Miami athletics Web site, Goins is an assistant strength and conditioning coach and also works with the track and field program. He previously worked at the University of San Diego and at two Olympic training sites, according to the site.

Although Goins primarily worked with the university's athletes, he also worked with players already in the major leagues, including Gonzalez, who did not attend Miami. According to a post on Gonzalez's Instagram page, he worked with Goins as recently as three months ago.

On the page, Gonzalez posted a photo of him with Goins, who was wearing a University of Miami baseball T-shirt. "My off-season strength coach Jimmy Goins," Gonzalez wrote.

Gonzalez has denied using performance-enhancing drugs and has never been suspended for testing positive for the substances. His father has said that he consulted Bosch in the hopes of losing weight.

The web of players connected to the clinic extends beyond high-profile players like Rodriguez, Braun and Gonzalez.

Two of Braun's Miami teammates, including one who was his roommate, were tied to the clinic in a report by Yahoo Sports on Tuesday. Another player tied to the clinic, catcher Yasmani Grandal, played for Miami from 2008 to 2010. Last November, he was suspended for testing positive for a banned substance.

In addition to players tied to the clinic, the university's baseball team has had issues with performance-enhancing drugs. Frank Ratcliff, an infielder who started 52 games for Miami in 2010, was arrested that year for selling marijuana to an undercover police officer on Miami's campus. The authorities then searched his apartment and found 19 vials of human growth hormone, a banned substance. The university suspended him indefinitely.

It was not clear how Major League Baseball's investigators, who are scouring the Miami area for evidence that the players used drugs, will work with the university in their investigations. The investigators need documentation and testimony that ties the players to the use of the substances, and it does not appear the university has that information.

A spokesman for Major League Baseball declined to comment.

Miami's baseball program achieved national prominence in the 1970s and '80s under the longtime coach Ron Fraser, a prodigious fund-raiser and promoter who won 1,271 games over 30 seasons and led the Hurricanes to N.C.A.A. titles in 1982 and 1985. Fraser, who died last month, saved the program from elimination in 1972 by organizing a benefit headlined by the Hall of Famer Stan Musial. The university dropped basketball instead.

Fraser raised the money for a modern facility with artificial turf, unheard-of at the time. Mark Light Stadium opened in 1973 and was renamed Mark Light Field at Alex Rodriguez Park after Rodriguez, who played high school ball in South Florida, financed the renovations in 2003. Rodriguez committed to play at the university while in high school but wound up signing a contract with the Seattle Mariners instead.