The action to be announced Monday comes after the New York State attorney general’s office accused GNC and three other major retailers of selling herbal supplements that were fraudulent or contaminated with unlisted ingredients that could pose health risks to consumers.

Experts said the announcement marked an initial but significant step forward for the $33 billion-a-year supplement industry, which is loosely regulated and plagued by accusations of adulteration and mislabeling.

“This should be a standard across the entire industry,” said Dr. Pieter Cohen, an assistant professor at Harvard Medical School who studies tainted supplements. “Today we finally have one first step taken by one retailer, and only after the very aggressive intervention by the New York attorney general’s office.”

GNC, which has more than 6,500 stores nationwide and annual revenue of $2.6 billion, said that its herbal products had passed several rigorous quality-control tests and that it stood by their quality. But as part of its agreement with the attorney general, the company said it would in the next 18 months put in place additional quality-control measures to restore the trust of its customers and set new standards for the rest of the industry.

The company said it would use advanced DNA testing to authenticate all of the plants that are used in its store-brand herbal supplements, and extensively test the products for common allergens like tree nuts, soy and wheat. In addition, GNC will submit semiannual reports proving that it is complying with the attorney general’s demands.

The company said it would also display signs at all of its stores and post statements on its website explaining to customers how the ingredients in its herbal supplements were processed and what, if any, chemical solvents were used to make them.

Eric T. Schneiderman, the attorney general of New York, would not comment on whether he was in talks to reach similar agreements with the other retailers included in his investigation — Walgreens, Walmart and Target. But, in a statement, Mr. Schneiderman said he had urged those retailers, “as well as all herbal supplements manufacturers, to join GNC in working with my office to increase transparency and safeguard the wellness of their customers.” 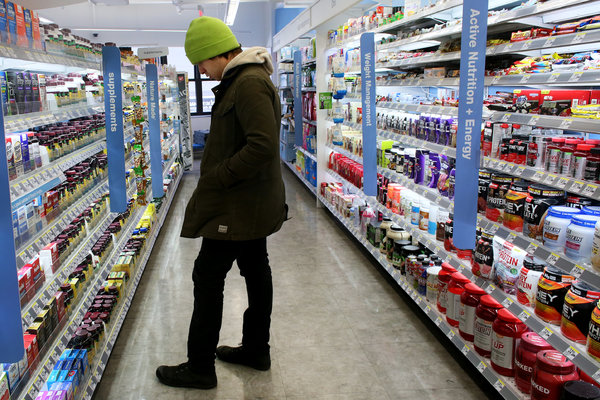 A shopper perusing pills at a Walgreens, one of four chains accused by New York State officials of selling fraudulent supplements.

Jim Graham, a spokesman for Walgreens, said in a statement: “We continue to review this matter and also intend to continue cooperating and working with the attorney general of New York.”

The attorney general criticized as lax the federal standards on dietary supplements that he said contributed to an environment where consumers cannot be sure about the quality of the products they are buying. “When consumers take an herbal supplement,” he said, “they should be able to do so with full knowledge of what is in that product and confidence that every precaution was taken to ensure its authenticity and purity.”

Under a 1994 federal law, supplements must carry on their labels the names and amount of every ingredient they contain. But the law, which was drafted by senators with strong ties to the industry, and which consumer advocates say is badly in need of reform, allows companies to essentially operate on the honor code. The Food and Drug Administration estimates that 70 percent of supplement makers do not adhere to practices designed to prevent adulteration.

Dr. Cohen of Harvard said it was remarkable that it had taken two decades and the actions of a state prosecutor “to begin to achieve what the law requires, which is that consumers know what is in the herbal supplements they’re buying.”

“This is the absolute minimum that should be happening,” he said.

The attorney general’s investigation was prompted by a 2013 article in The New York Times that referred to research suggesting that dietary supplements labeled medicinal herbs frequently contained little more than cheap fillers like powdered rice and weeds, or evidence of soybeans, tree nuts and other unlisted ingredients that can be hazardous to people with allergies.

The attorney general’s office tested 78 bottles of popular, store-brand herbal supplements that it purchased at a dozen Walmart, Target, Walgreens and GNC locations across New York State. Using an advanced DNA testing procedure, the investigators found that four out of five bottles contained no detectable genetic material from the plants advertised on their labels.

But there was frequently evidence of unlisted plants and other ingredients. At GNC, for example, the investigators found bottles of ginseng pills, promoted for “vitality and overall well-being,” that tested negative for any DNA from the ginseng plant. But the tests did indicate the presence of powdered rice, wheat, pine and houseplants.

Last month, the attorney general ordered the four retailers to pull the products from their shelves in New York, and a flood of lawsuits from consumers across the country followed.

The industry has countered that many of the supplements examined by the attorney general were herbal extracts, and that they would not contain DNA from the plants advertised on their labels because DNA is damaged during manufacturing and extraction. 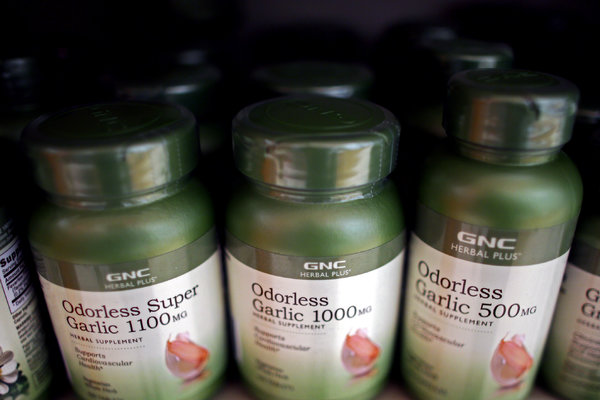 Store-brand supplements for sale at a GNC shop in Manhattan. The retailer has agreed to test the purity of its herbal products.

For GNC, the settlement satisfies the attorney general’s concerns about consumer safety and brings his investigation of the company to a close. The company has maintained all along that its products were not adulterated, and in the agreement with the attorney general there is no admission or mention of wrongdoing.

The company said that it had commissioned a series of tests that confirmed the quality of its products, and that it would continue to defend against the many lawsuits it is facing, which it said were without merit.

“As our testing demonstrated, and this agreement affirms beyond any doubt, our products are not only safe and pure but are in full compliance with all regulatory requirements,” Michael G. Archbold, GNC’s chief executive officer, said in a statement.

Mark Blumenthal, the executive director of the American Botanical Council, a nonprofit organization that promotes the use of herbal products, said he believed that the supplements included in the investigation most likely suffered from some level of adulteration — an established problem in the industry — but not to the extent suggested by the attorney general. He criticized the attorney general’s testing procedures and said his study data should be made public.

Mr. Blumenthal said he applauded GNC for reaching an agreement with New York and putting new procedures into effect, but he also worried that actions at the state level could create “a patchwork quilt of different quality standards and requirements” across the country.

“I’m concerned that this can potentially lead to various standards being set up in different states and that’s a legitimate issue for the industry and consumers,” he said.

David Schardt, a senior nutritionist at the Center for Science in the Public Interest, an advocacy group, said the agreement represented “important progress.”

“But what consumers desperately need,” he added, “is congressional action that would allow the Food and Drug Administration to promptly oust from the marketplace products that are dishonestly marketed or potentially dangerous.”