Stop me if you’ve heard this one before… 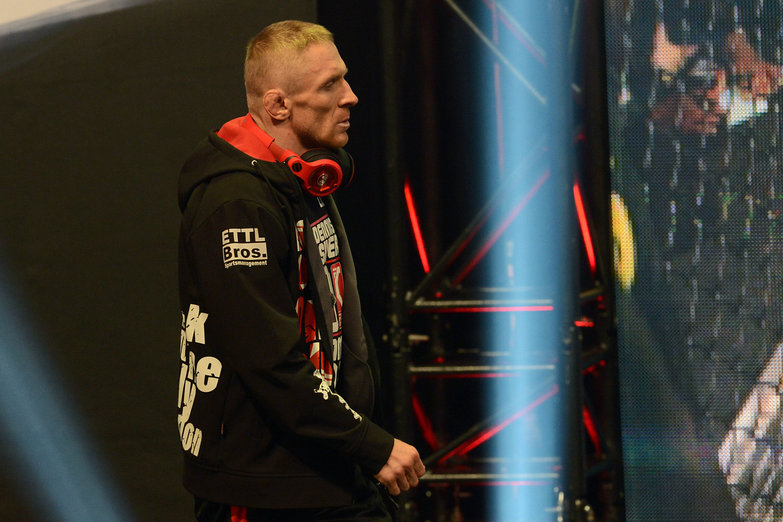 Siver says it was all a wacky mix up in a statement released to the German site Ground and Pound.Here’s a translation (via MMA Fighting) of Siver’s statement:

Today I would like to issue a public statement and give my fans and supporters the opportunity to form their own opinion on how the alleged doping allegations against me came about.

Last fall, my coach Niko Sulenta was diagnosed with severe cancer, which lead to me being on my own during the preparations for a UFC fight for the first time, without me being able to draw on his longstanding care and advice. Niko has always been essential to my weight reduction.

So prior to UFC 168 I had to hire an external personal trainer and nutritionist to support me with making weight. The nutritionist recommended me a new diet method from the US, which had been successfully used by the stars.

Thereupon I asked, if I, as a competitive professional athlete, could safely use this supplement. This was confirmed to me. Then I committed the fatal mistake of not making sure through the UFC if individual substances from the supplement could have effects on the drug tests.

I flew to the US and won my fight. I was all the more shocked when the result of the A sample was deemed ‘inconclusive’ and I was hoping for the result of the B sample. They found a small component of hCG in my urine sample – a minor ingredient of the diet preparation and a substance which is banned in the UFC.

I do not want to blame anyone for this result and I take full responsibility for my gullible and careless behavior. It was my mistake and it was grossly negligent. But I distance myself from any kind of doping. In my previous sixteen UFC fights, not even the smallest banned substance has been detected. This makes the current events all the more disappointing and shocking for me and my team.

As much as I’m being sarcastic and cynical about this, the nature of the utterly unregulated supplement market is such that Siver could easily have gotten the substance in his system via an over-the-counter supplement. However, in the current drug testing regime, it’s the athlete’s responsibility to be aware of every substance entering his body.