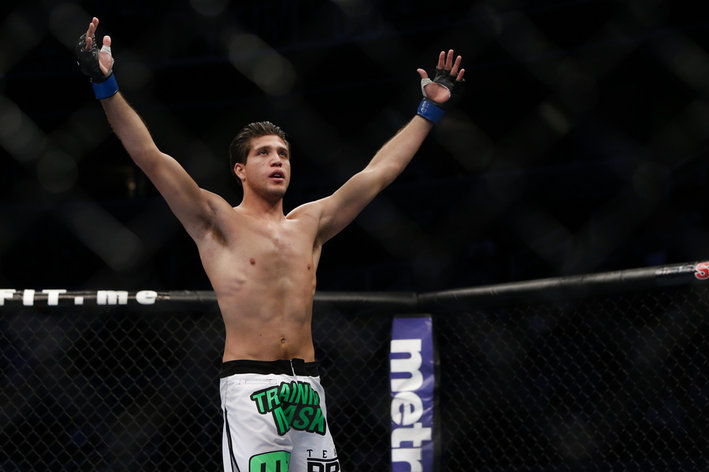 According to Sherdog.com, Ortega, a former RFA featherweight champion, has since been suspended for nine months and fined $2,500. Also, his first-round submission win over de la Torre has been changed to a no contest. California State Athletic Commission executive director Andy Foster confirmed the news with MMAFighting.com. Ortega has 30 days to appeal the punishment.

The same report states that Ortega, a Gracie Jiu-Jitsu black belt, was the only fighter on the card to fail his pre-fight urine test, which was administered by a World Anti-Doping Agency (WADA) accredited lab in California.

Ortega is the second former RFA champion to test positive for drostanolone in July.Kevin Casey, the promotion’s former 185-pound champion, failed his post-fight drug test at UFC 175 for the same steroid after his knockout of Bubba Bush.