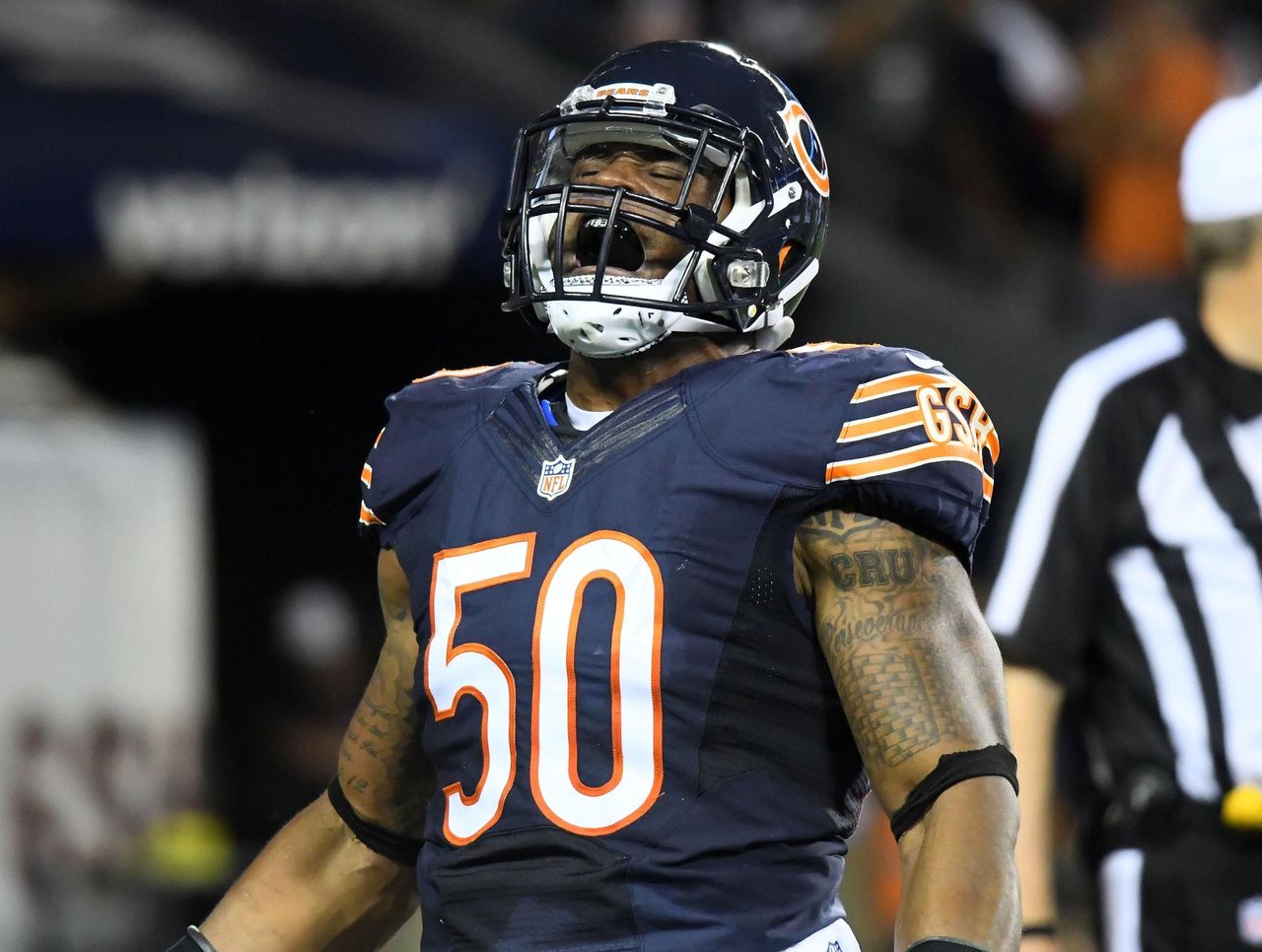 Chicago Bears linebacker Jerrell Freeman has been suspended four games for violating the league’s performance-enhancing drug policy. He can return to the team’s roster after the Bears’ Week 15 game against the Green Bay Packers. Freeman released a statement on Twitter shortly after the suspension was announced. “I would like to apologize to my coaches, teammates, the Bears organization and Bears fans for the embarrassment I’ve caused myself and them,” he wrote. “I made a mistake with my prescription medication for which I take full responsibility. As players in the NFL we’re educated on the parameters regarding substances which go into our bodies and I’ve prided myself on doing the right thing throughout my career. “I look forward to getting back on the playing field in four weeks and finishing the season on a positive note.” Freeman is the team’s leader in tackles this season with 91. He recorded 10 tackles in Sunday’s loss to the New York Giants. The 30-year-old signed a three-year, $12-million deal with the Bears in the offseason. He spent the first four years of his career with the Indianapolis Colts. Freeman is the second Bears player suspended for performance-enhancing drug use in as many weeks. Receiver Alshon Jeffery was also handed a four-game suspension last week.
http://www.thescore.com/nfl/news/1161952-bears-freeman-suspended-4-games-for-ped-violation