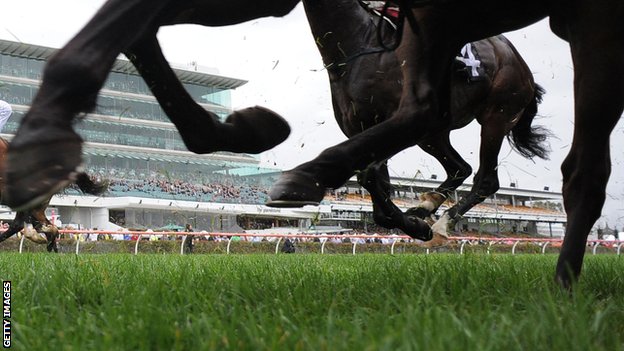 Anabolic steroids are to be banned in Australian horse racing, with officials pledging zero tolerance of performance-enhancing drugs.

The move comes five months after a drugs scandal in the UK highlighted anomalies in worldwide rules. Godolphin trainer Mahmood Al Zarooni was banned for eight years in April for doping horses. Al Zarooni claimed to be unaware that use of anabolic steroids was prohibited out of competition in Britain.

In the spring, with racing numbed by the Godolphin revelations, few could see many benefits coming out of racing’s biggest ever doping scandal. But what it did do was to highlight the inconsistencies in drugs rules around the racing world, so the one ray of light was that perhaps it might be a catalyst to changes in that area.

In Dubai, the ruler, Godolphin’s owner Sheikh Mohammed, made those reforms, but the feeling was that the Australians might stand firm. However, they are to be applauded for this news.

Now the spotlight swings onto the US where organisers of the Breeders Cup have recently backtracked on plans for a complete ban on the medication Lasix at the prestigious Breeders Cup fixture.

At that time, horses could be given the drugs in some countries including the United States, the United Arab Emirates and Australia provided they were out of their system on raceday.

Godolphin founder Sheikh Mohammed later banned the use of all performance-enhancing steroids in equine sports in the UAE. The Australian Racing Board (ARB) says its ban will take effect from 1 May 2014 and apply to all thoroughbreds from the age of six months. “The ban on anabolic steroids goes far beyond any other racing jurisdiction outside of Europe and was decided by the ARB Board after lengthy consideration of veterinary and scientific advice and consultation with trainers’ and owners’ associations,” said chief executive Peter McGauran. “The ARB has adopted a zero-tolerance policy to the use of anabolic steroids and will institute heavy penalties for breaches of the ban.” “Foremost in the board’s consideration was the need for absolute integrity and public confidence in racing. Although the use of steroids has greatly diminished over the years to the point where they are rarely relied upon by trainers, the ARB believes it is in the best interests of the industry that they no longer be available for any purpose other than as a therapeutic treatment for young foals. “Racing is a sport and as such must be a test of the ability of the individual horse, its trainer and rider and not of the pharmacologist, veterinarian or sports scientist. The true spirit of competition means that no-one gets an unfair advantage which anabolic steroids can confer in certain situations.” Paul Bittar, chief executive of the British Horseracing Authority, welcomed the move. He said: “The Australian Racing Board’s decision is very good news and represents a significant step towards our goal of seeing the use of anabolic steroids for racehorses banned across the globe.” http://www.bbc.co.uk/sport/0/horse-racing/24105529