If Cain Velasquez and Daniel Cormier are on steroids, they might want to ask for their money back. 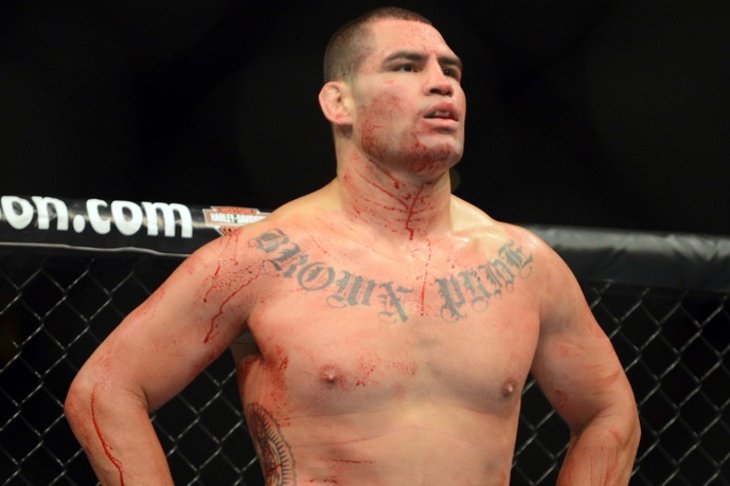 That’s the gist of the conversation MMA Fighting had with the Ultimate Fighting Championship (UFC) heavyweight kingpin, who thinks of all the people competing in mixed martial arts (MMA), they might be the last two guys to ever be accused of taking performance enhancing drugs (PEDs).

“There’s rules out there. We all need to follow the same rules. Me, I’m a natural athlete. I think all my competitors should be the same. We should be all equal. Nobody should have an advantage like that on their side. You can [tell] by looking [at me]. Me and Daniel (Cormier) were talking about — I forgot who were saying it, but it was two guys, they were trying to think of the two guys that they think, for sure, are not on steroids or anything. The only ones they could come up with we me and Daniel. Just by looking at us, you can tell that we don’t do anything. Or if we do, it’s not very good stuff. So I think we’re both on the side of [increased] testing. For sure, I’m all for that. Being natural, I think, is the best way to be even on the playing field.”

His comments were made in the wake of Lavar Johnson’s recent release.

“Big,” who also trains out of American Kickboxing Academy (AKA) in San Jose, California, flunked his UFC 157 post-fight drug test (find out why here) and was promptly put out to pasture. UFC President Dana White has threatened to crack down on fighters who rely on testosterone and “natural” Velasquez, who headlines UFC 160 this May (411 here), is all for it.

After all, who needs steroids when you can do things like this?